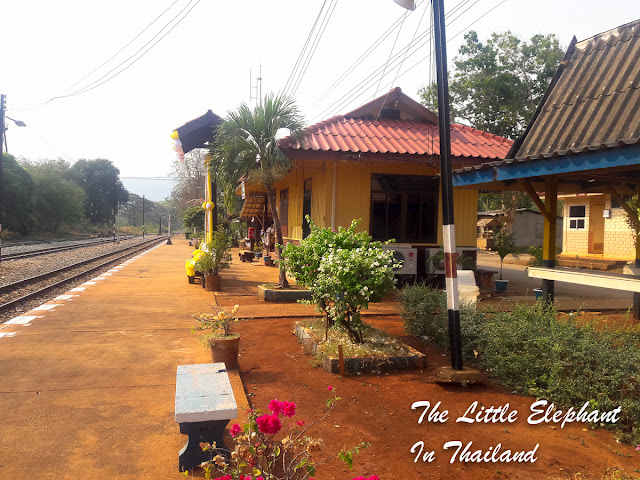 In 2017 I was in Wang Pho and made some photos of this lovely old train station. I love traveling by train, especially in Thailand where it is like traveling in time. It is like an open-air museum. Not only the trains itself but also the train stations. They look like they have not changed since they build the first railroad lines in Thailand in 1889. Wang Pho is a bit ordinary station, but along an extra-ordinary line Bangkok-Nam Tok. Also world famous as the "Death Railway". Build during WW2 under Japanese occupation. Following are more photos of this lovely train-station in Thailand. If you like old Thai train stations then hurry up and visit them all as modernisation is destroying beautiful history!