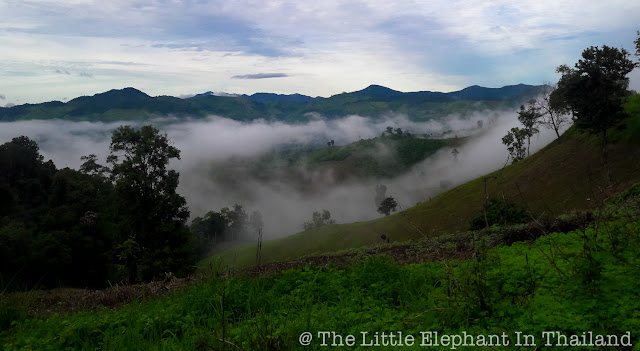 In 2017 after about 3 months not riding my motorbike it was time for a ride again. Although we are still in the raining season, the weather forecast was good. For motorbike routes in Thailand have a look at Recommended Motorbike Routes. If you would like to make a motorbike trip in Thailand and need information or any help, contact me via the mail-link under at my travelogue.
So in the early morning I did ride from Nan town in direction of Ban Luang via route 1091. In the morning is was cool and it started with beautiful clouds in the mountains. From route 1091 I made a side-trip to a waterfall (via route 1171) but I did never find the waterfall. So I followed route 1091 to Pong from where I took route 1188 and an local route to Ban Santisuk in Phayao province (not to be confused with Santisuk in Nan province). This is a bit weird village. Just on the border of Phayao and Nan province, locked in by mountain ranges and in the 1970's home to rebels who tried to escape government prosecution. The latter may explain the still isolation of the area. I tried to find a short-cut to Nan but failed so I returned back to the 1188 and took route 1148 via Phu Langkha back to Tha Wang Pha and route 101 back to Nan. What started as a short morning ride ended up with riding 340 km. 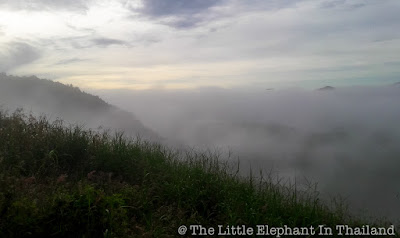 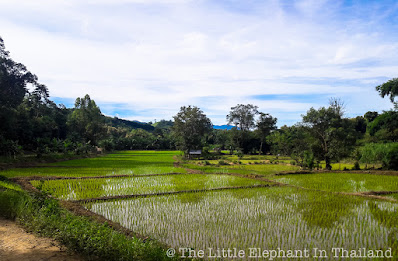 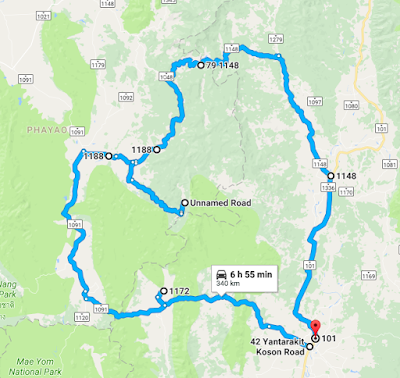