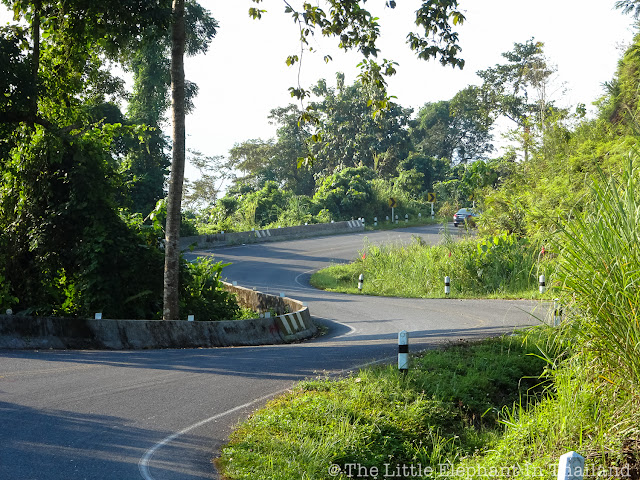 This is a Motorbike Trips Report from 2017 when the cool season was starting. I have been riding in Thailand a few years now and have been almost everywhere. So where to go? As I do not like planning I just left at 6:30 in the cool & foggy morning in Nan town. My first destination would be Chiang Kham, riding via the famous route 1148 and passing Phu Lankha. For motorbike routes in Thailand have a look at Recommended Motorbike Routes. If you would like to make a motorbike trip in Thailand and need information or any help, contact me via the mail-link under at my travelogue. 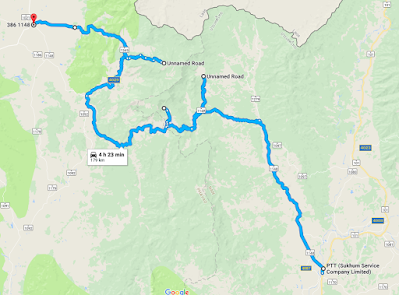 As I thought to have an almost full tank of gasoline I did straight hit route 1148 from Tha Wang Pha. While riding to Song Kwae I noticed that I actually had far from an almost full tank of gasoline. So I stopped at the brand new gasoline station just before Song Kwae. Good toilets and even a coffee shop (albeit it was still closed). A bit after Song Kwae I made my first side-track to a waterfall, it was a nice and good road into the mountains, passing a few very small hamlets and with stunning views over a huge valley surrounded by mountains and green trees. But I did never find the waterfall, although according to my GPS I was about 300m from it. Never mind, it was a nice side-track. So I headed back to route 1148 and along the way I stopped at a great viewpoint from where you have a stunning view over the area of Tham Sakoen National Park. In the meanwhile I noticed a lot of wind, more as I have ever seen in Thailand. So much wind that my gloves did fly away (luckily I did find them again). I continued to my second side-track to go to Tham Sakoen National Park, just a few km's of route 1148. The caves are just before the entrance of the National Park (no entrance fee). But be aware a very slippery path up-to a karsten mountain first. Nobody there, no lights also I assume. Yes, you are right I skipped the caves and did ride into the National Park all the way to the beginning of the path to the waterfall. But due to the strong wind I was not allowed to wander into the jungle of falling trees. So after a relaxed stop & chat with the park rangers I did hit route 1148 for breakfast at Phu Lankha. 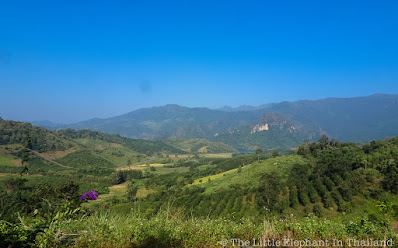 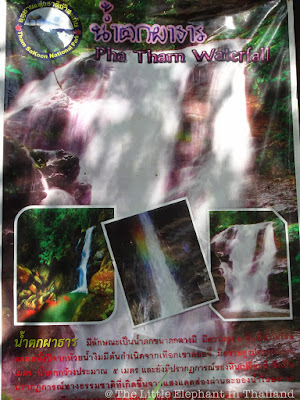 Now I had planned to have breakfast at the coffee shop but due to strong wind that was closed for safety reasons. But 50m next to and lower to it is a restaurant where the locals girls made me a delicious Khao Phad Pak. What I enjoyed with a stunning view while my food was almost flying away. 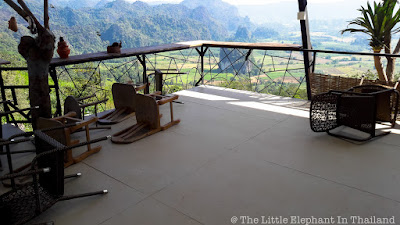 After late breakfast I did hit route 1148 again to Chiang Kham, but about 20km before Chiang Kham I made a detour with an side-track. It is actually route 4029 to a National Park but halfway there is a road to the left as route 1345 to Chiang Kham (although on the sign it reads Phayao). I followed route 4029 all the way to the closed National Park (but that did not stop me). A few km's before the entrance of the National Park there is a dirt road going to the right to a mountain top from where you have a stunning view over Laos. Route 4029 goes up-to about 1500m above sea-level! And it is mostly an almost brand new road leading nowhere. I love riding this kind of roads in the mountains! So after the National Park I returned to the intersection with route 1345 and did ride to Chiang Kham where I arrived for a late lunch at Coffee Cafe on the north side of town. Behind this Coffee Shop & Restaurant is December 17, a nice pub & restaurant for in the evening. So I did find me a small and cheap resort (350 THB) within 500m of December 17 Pub & Restaurant.

After lunch I wanted to have my chain cleaned & lubricated so I went into town for a motorbike shop and found GreenWing ... great & friendly service! They did not only cleaned & lubricate the chain but also adjusted it and checked the tyres pressure. Costs? None, just free service. Of course I left a tip for the boys doing the work. 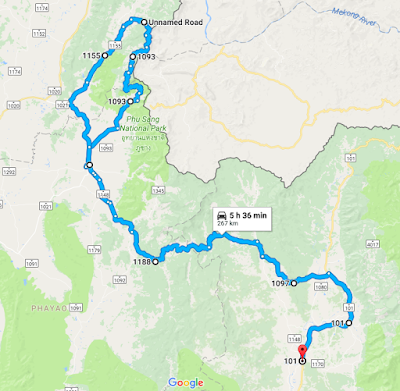 Waking up the next day I decided to go back to Nan again but with a small detour in the early morning .... via Phu Chia Fa that is. So I left at 6:00 in the morning and took route 4010 & 1093 to Phu Chi Fa where I had a very cold breakfast in the still strong & cold wind. As it was too late for a sunrise over Laos I skipped that. Although it being weekend it was not busy at Phu Chi Fa. Yes it was bloody cold and Thais were dressed like going on a North Pole Expedition.

After breakfast I took route 1155 and route 1021 back to Chiang Kham where I made a pit-stop at the PTT gasoline station for myself and the motorbike. Then I took a straight way back to Nan and stopping again at Phu Lankha. This time the Coffee Shop was open I enjoyed a good hot cacao, although it did still almost fly out my my cup. The area is a bit developing with on the other side now also a viewpoint and the construction of a new building. But still a very nice place to relax and enjoy the view. Nice people working there, sometimes you see an old Hmong lady walking around and making traditional Hmong cloths. While sitting there I decided to make a little detour at the last stretch so at Song Kwae I took route 1097 to Chiang Klang and then route 101 to Pua and Tha Wang Pha. It was a nice day riding again and I arrived home in the afternoon. 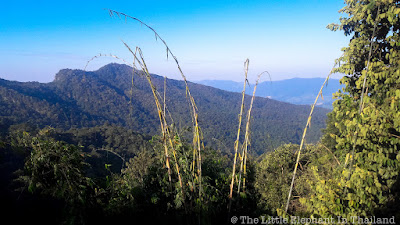 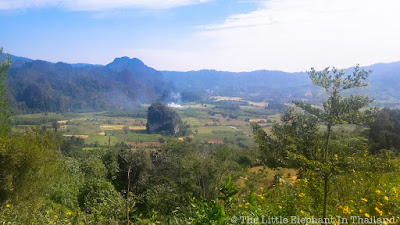 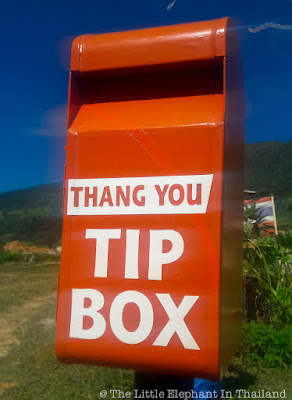