The other Clock Tower of Chiang Rai 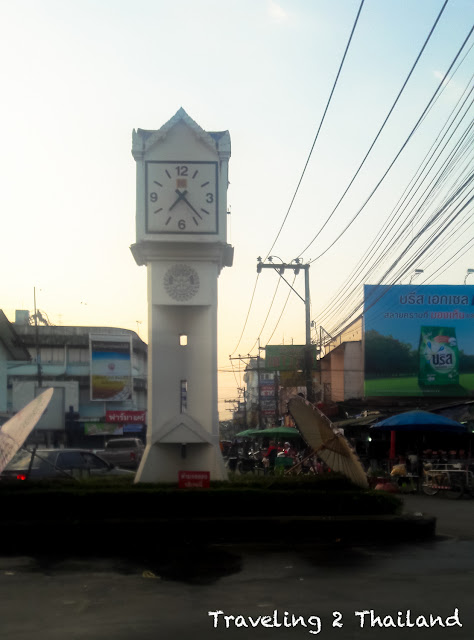 You probably think "That is a hell of a ugly clock tower" but well that seems a matter of taste. Although taste can be learned by education. But the style represents a moment in time of building in Thailand and you can also see the time on it. And the clock seems to be working! Of course when you are talking about the clock tower of Chiang Rai everybody will think about the Golden Clock Tower made by the famous local artist Chaloemchai Kositpipat, who designed & builded also the White Temple. Personally I think the Golden Clock Tower is a bit kitch to say it polite. If you are interested to visit Chiang Rai or any other place in Northeast or North Thailand, please contact me by email at The Little Elephant Traveling in Thailand.

The other (original) clock tower however is standing near the morning market and was once an initiative of the local Rotary branch of Chiang Rai.  It was probably the first and certainly the only one in Chiang Rai at that moment in 1932 probably around 1972, when it was supposed to be surrounded by sleeping cows. It's function was, as you might have guessed already, to show what time it was. The town's checkpoint for timely matters. A remarkable sign of Kodak can still be seen on the clock. In 2006 it had to make place for the new Golden Clock Tower and it was moved to the place where it is now still standing near the morning market. It was the time when people started to have clocks on their own, wristwatches and even mobile phones that provided this information. This might be the reason that the clock-face of the new Golden Clock Tower is so 'overdone' that it is almost impossible to see what time it is. The Golden Clock Tower is disconnected from its original function. In stead it produces music in the evening while lights with different colours turn it in many people's eyes into a festive attraction. This happening takes place at 7 or 8 (or both) I think.

Any other updates about the history of the original Clock Tower are welcome! 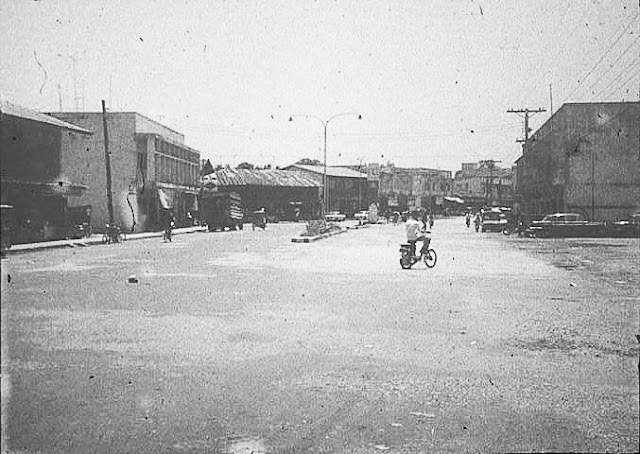