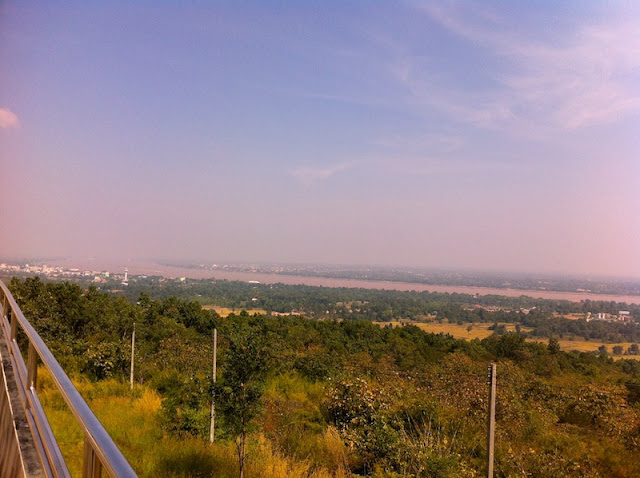 This is part 25 of the 48 (out of the 77) of all the provinces in Thailand I have stayed at least 1 night.  Mukdahan province is one of Thailands most Eastern provinces in Northeast Thailand and borders along the Mekong River as border between Thailand and Laos. The capital town is of course Mukdahan. The most tourists will know Mukdahan as place to go to Savanakhet in Laos (where is a Thai consulate) or to travel via Laos to Vietnam. Mukdahan town was originally the place to take the ferry to Laos, you can still see the buildings and Immigration office along the Mekong River. And for Thai people there is conveniently a huge casino in Savanakhet (Laos) called Savan Vegas. But since the opening of the Thai-Lao Friendship bridge crossing the mighty Mekong River I assume less and less people will actually visit Mukdahan. If you like some help with organizing your holiday anywhere in Thailand send me an email at Chang Noi @ Traveling in Thailand.

For me personally it was probably somewhere in 2011 to go to Mukdahan to visit a friend and get a new visa in Savanakhet (Laos). Later I would come back a few times, I like Mukdahan although there is for tourists actually not much to do or see. But I love the Mekong River. And for motorbike riding in North-East Thailand Mukdahan makes a good stop with hotels, restaurants, coffee shops and some pubs. Photo above is the view over Mukdahan town and the Mekong River with Laos, seen from Phu Pha Thoep.

How to get to Mukdahan province? 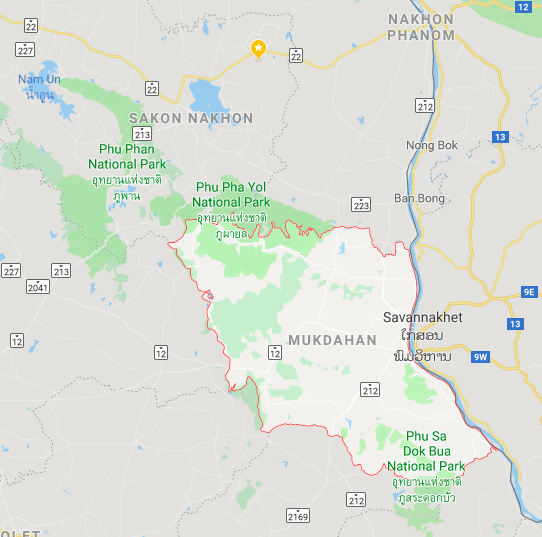