This is part 39 of the 48 (out of the 77) of all the provinces in Thailand I have stayed at least 1 night.  Sisaket province is in the southern part of North-East Thailand and borders Cambodia. Sisaket is in English sometimes also written as Si Sa Ket. And of course the capital town is also Sisaket. Most tourists will probably just be passing Sisaket by train while traveling to/from Ubon Ratchathani. Although Surin province is home to the gateway to the a beautiful ancient khmer temple; the Phrear Vihear (that is in Cambodia).

Although I have since 2002 been about 10 times in Si Saket province I think I did only stay once overnight in Si Saket town, what is a small provincial town and not really a place for tourists to go. But times might be changing as it was at least 6 years ago that I was there for the last time. My main destination was mostly visiting the Phrear Vihear. A really amazing beautiful temple at an stunning location. If you are interested in history & culture this is really worth the detour.

How to get to Sisaket province? 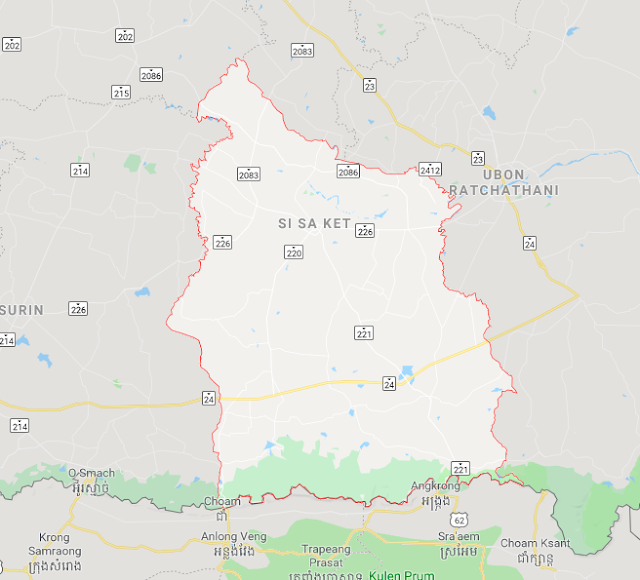