This is part 38 of the 48 (out of the 77) of all the provinces in Thailand I have stayed at least 1 night.  Surin province is in the southern part of North-East Thailand and borders Cambodia in the south (with International border crossing). On the east Surin borders with Si Saket province and on the west with Buriram province. And in the north with Roi-Et province and Maha Sarakham province. Surin is mostly famous for the yearly Elephant Festival that is held in November. For the rest Surin is not really a tourist destination. Surin town is a modern provincial town with Thai & Western restaurants, hotels & guesthouses and limited nightlife.

For me personally it must have been around 2001 that I was for the first time in Surin town and in the following years I did visit the place a few times as friends of mine are living there. But since exploring the north of Thailand I have not been back to Surin anymore. Actually I also see that I did not make much photos in Surin. So the photo above is not mine.

How to get to Surin province? 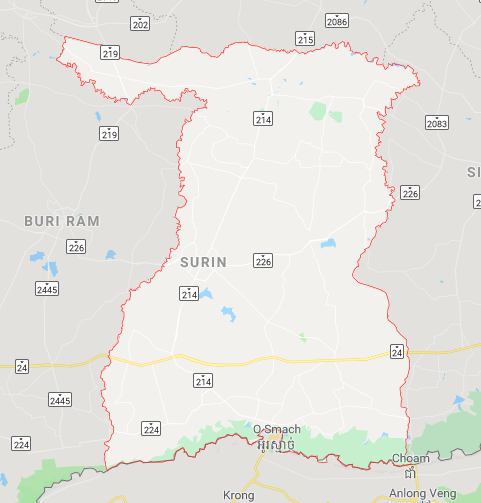