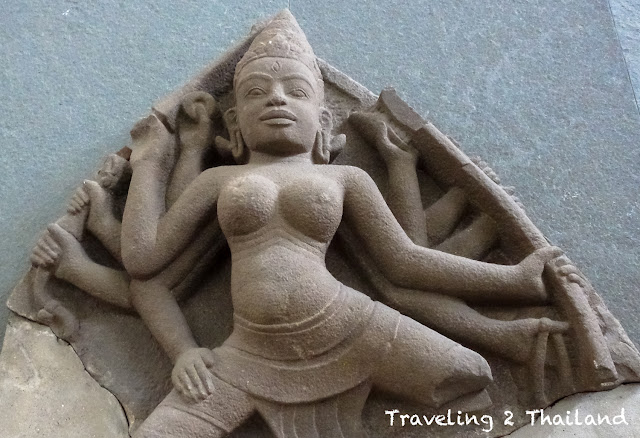 In 2019, while traveling 3 weeks in Vietnam I did travel from Hue to Hoi An and on the way I did pass Da Nang where I stopped to visit the Da Nang Cham Museum (located at the famous Dragon Bridge) The Kingdom of Champa governed Southern & Central Vietnam from 192 A.D to 1697 and left behind a legacy of unique Cham motifs and Hindu-flavoured architecture defining this period. Examples of this style can be seen in the temples and towers decorating the coastal and mountain areas of Quang Nam, Binh Dinh, Binh Thuan, Khanh Hoa and Da Nang which is where the museum is also situated. Most of the artwork in the museum from this period takes the form of sculpture with a decidedly feminine feel and was gathered from Quang Binh up to Binh Dinh prior to the Cham Museum opening at the end of the 19th century. In addition to the abundance of Hindu-influenced pieces there are also some that have evidently drawn inspiration from Buddhism including altars and deities. Following are a few of the many photos I took in the museum. Unfortunately the lighting was not good in the museum. Also be aware that some sculptures are not the original but very good replica's.
If you want to travel in Vietnam and need information or help about your transport, itinerary, tours or accommodation then send me a email at Contact @ Traveling2Thailand.