Walking a city tour in Hoi An, Vietnam 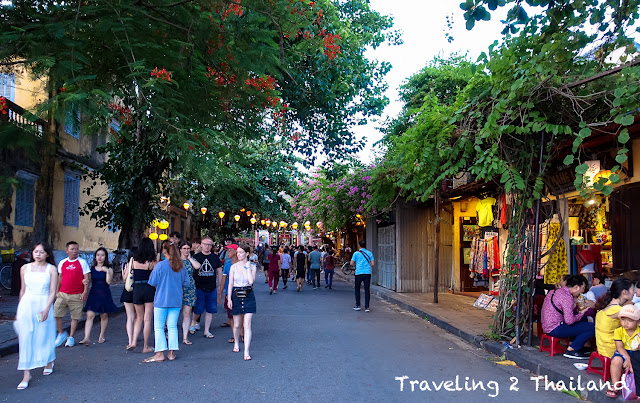 August 2019,While traveling 3 weeks in Vietnam I did make a 2 days stop-over in Hoi An, located on the banks of the Thu Bon River. Hoi An is famous for its Historic Center, also called the Old Town that has been noted as UNESCO world heritage site in 1999. The historic center is an exceptionally well-preserved example of a Southeast Asian trading port dating from the 15th-19th century, its buildings reflecting a blend of local and foreign influences. Prominent in the city's old town, is its covered Japanese Bridge dating to the 16th-17th century. Another attraction is the Hoi An Lantern Full Moon Festival taking place every full moon cycle. The celebrations honour the ancestors. People exchange flowers, lanterns, candles, and fruits for prosperity and good fortune.

The Old Town is also famous for its boats with lanterns and sunset on the bridge over the Thu Bon River. And the Old Town has been discovered by Chinese, Korean and European tourists alike. So from the afternoon until just after sunset the Old Town is very busy. Hoi An is a prime location for making selfies! Following are a few photos I took while making a city tour in Hoi An.

Hoi An is not only a great place to explore the Old Town or to make river cruises but also has a wonderful beach where you can eat delicious seafood. The main street of the Old Town is filled up with many shops for tourists, also shops for making cloths or selling leather. Be aware not everything sold is what it pretends to be. 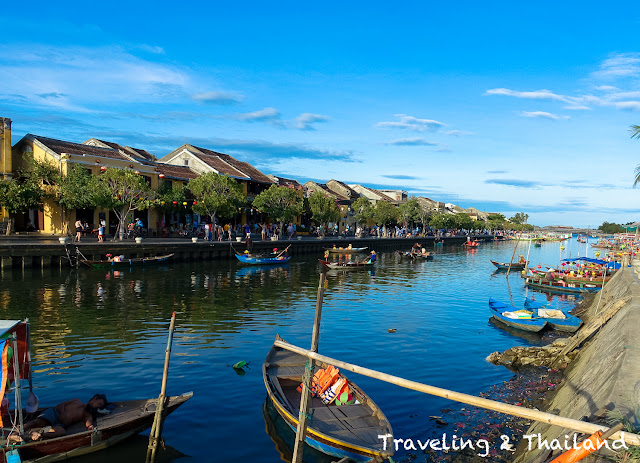