Typically photos from the Oude Binneweg in Rotterdam, Netherlands 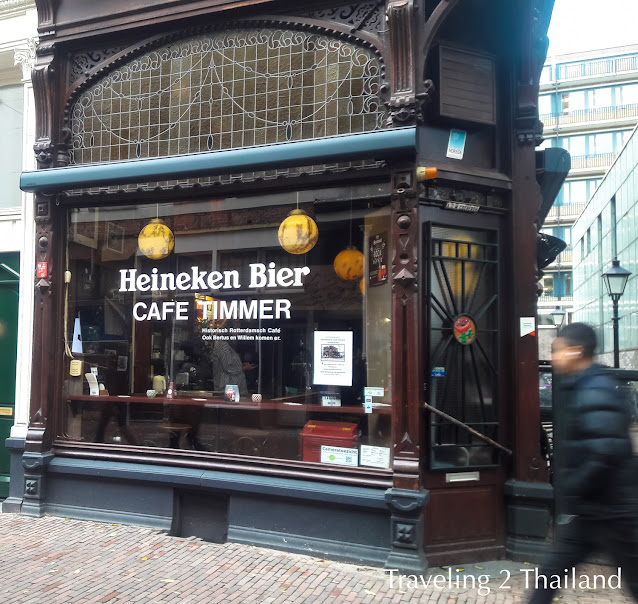 During my 2019 trip to Europe, it was cold and sometimes a bit raining. I did walk a lot and while walking over the Oude Binneweg I noticed that a few of the old shops are still alive and kicking. So following are some photos of the Oude Binnenweg in Rotterdam. Like Cafe Timmer (photo above) in a house build in 1870 and a cafe (tapperij) since 1875.


Fikkie (photo above) is a citizen since 1993 and after running all over town he ended here at the Oude Binnenweg. Fikkie is made by Joeki Sumak from Budapest. Another old face of the Oude Binnenweg is De Spijkermand (photo below), that opened its doors in 1928.

Cafe Melief Bender (photo above) opened its doors in 1876 as Cafe du Lion d'or and is called Melief Bender since 1932. But since 1973 not under family management & ownership.

IJssalon Venezia (photo under) is under the family management of Anita Dall’ Asta en Giuseppe Olivo since 1964. And bookshop Van Gennep is already more as 40 years a place to go for book lovers.