Following is a motorbike trip report riding on my wife's Honda CUB from Pua (Nan province) to a mountain village in Doi Phu Kha, and back of course as I am living in Pua. For more motorbike trip reports see Motorbike Trip Reports. For more information about Nan province have a look at Destination Travel Guide Nan.
In December 2019 my wife and me took the Honda CUB for a slow ride to a small mountain village in the Doi Phu Kha. When riding route 1256 from Pua to Bo Klua and you look sometimes around you see in a distance small villages in the middle of nowhere. And I always think "How the hell people get there?" as I not really see roads going there. This is one of that villages ... Ban Pha Yang. I have been looking on google earth to find routes to some villages with roads that are doable on a road-bike. Even a Honda CUB! So I did find a route going from route 1081 at Sila Phet into the mountains. And today we tried to get there. Of course first the road is nice cement but then later dusty sand. And again later slightly red clay. And of course sometimes gravel and sometimes steep. But at the latter there is almost always cement road surface. Some nice views at a height of almost 1.000m above sea-level. Now I would not do this in the raining season but otherwise a very nice short trip. Riding with 2 people on a Honda CUB was a bit challenging, but I will do it again alone on the Kawsaki KSR. And explore a bit further. Following are some photos and a map of the route. 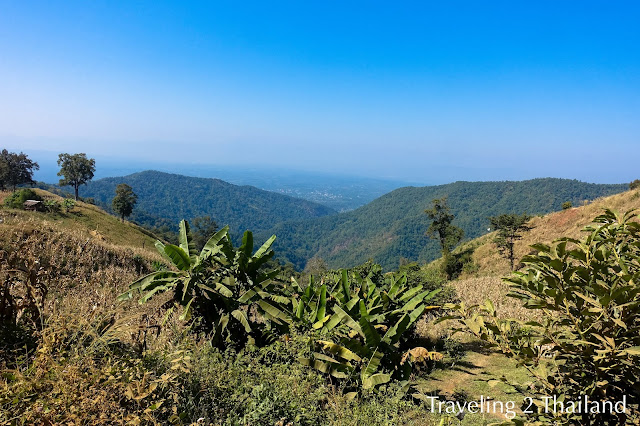 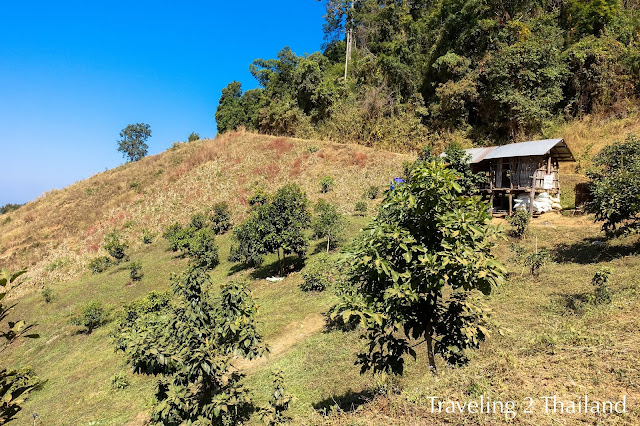 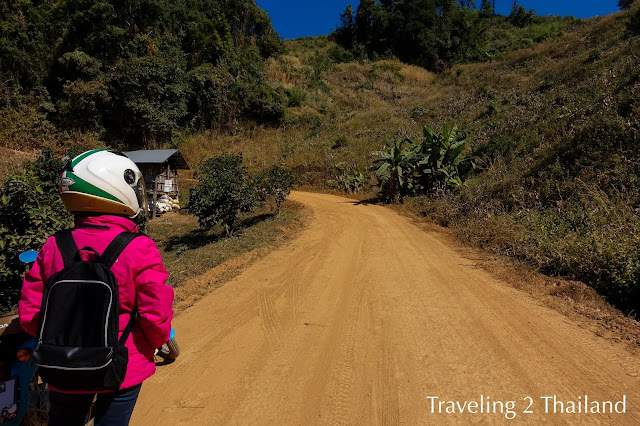 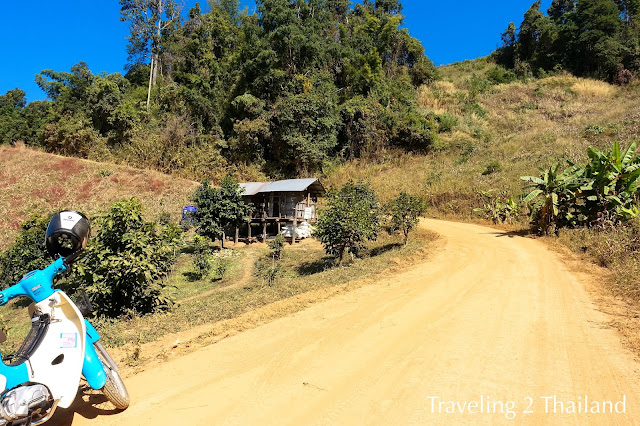 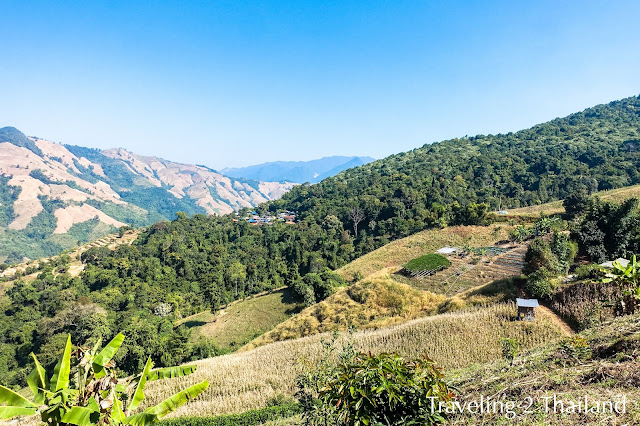 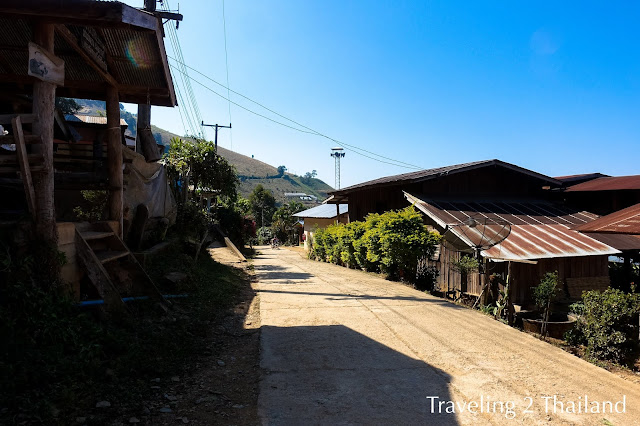 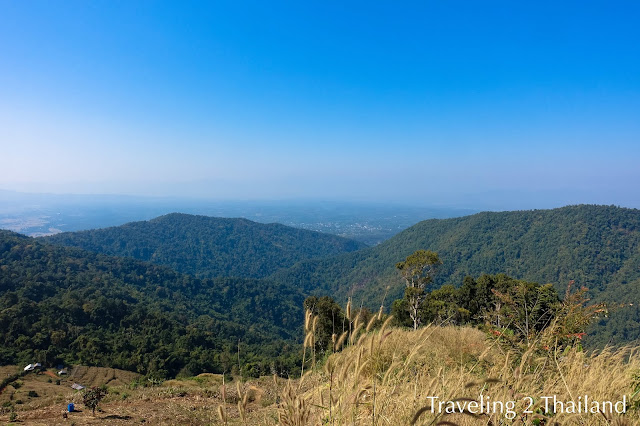 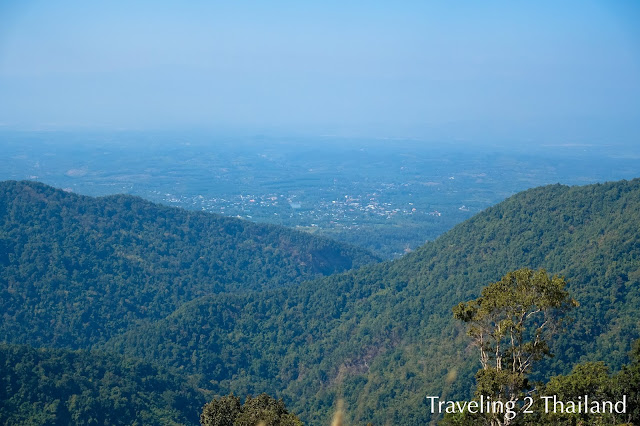 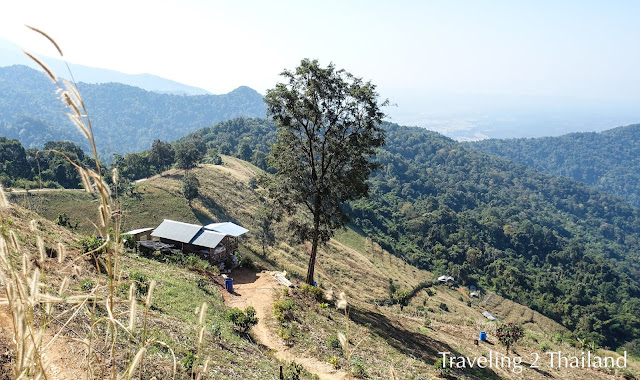 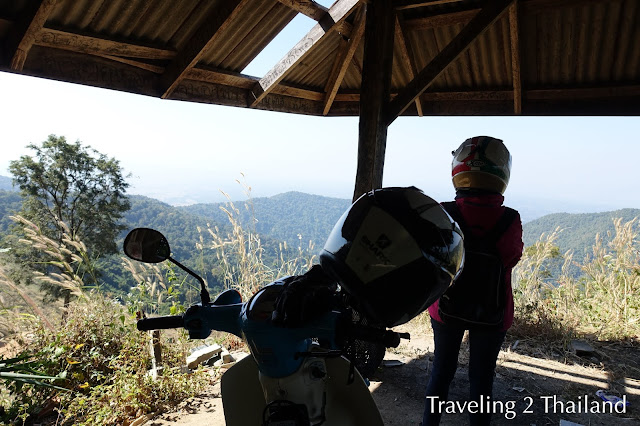 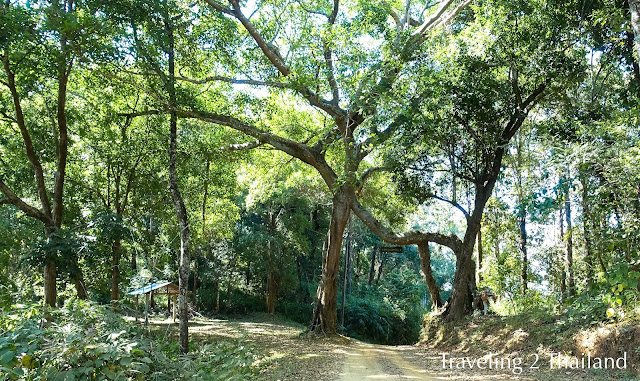 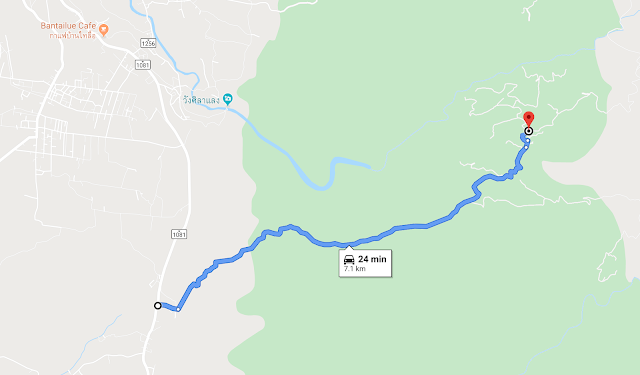