About Pua Bus Station in Pua

on March 01, 2020
As of 2017 Pua has a real bus station, located at the south-end of town, about 50m from the main road route 101. But currently (June 2019) most public busses still also stop along route 101 in Pua town, most times somewhere near the main T-intersection of Pua town. But it looks like more busses are starting to use the new bus station. The orange bus from Nan town is still not using this bus station as it is not passing this bus station. But it is used by mini-van's from Den Chai and Phrae. For more information about Pua check out my Travel Blog about Pua. Pua bus station is 5 km from Non Na Pua Homestay between the rice fields of Pua.

How to get to & from Pua Bus Station?

From the main T-intersection or the round-about in Pua town are motorbike taxi's that can bring you to Pua Bus Station what is a ride of about 1 km. 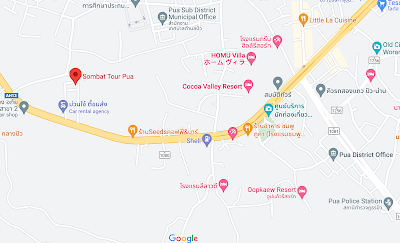