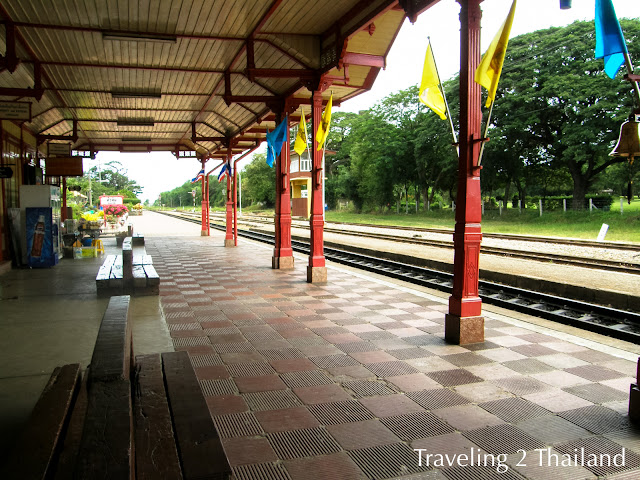 In 2007 I was in Hua Hin and made some photos of this lovely old train station. I love traveling by train, especially in Thailand where it is like traveling in time. It is like an open-air museum. Not only the trains itself but also the train stations. They look like they have not changed since they build the first railroad lines in Thailand in 1889. And if you like train stations just like me then hurry up before modernisations will make this all history. This is Hua Hin train station, also called the Royal train-station. The original train-station was build in 1910. But in 1926 it was totally rebuild and in 1967 the Royal Pavilion was added. If you want to travel in Thailand and need information or any help then contact me via de mail-link under at this travel blog.
Update 2021 : Modernisation of the railways is on the way in Thailand although it looks like they are not going to destroy this beautiful station but building an all new track & station paralel to the old track.