The Corona Crisis update, when can we travel again within Thailand? 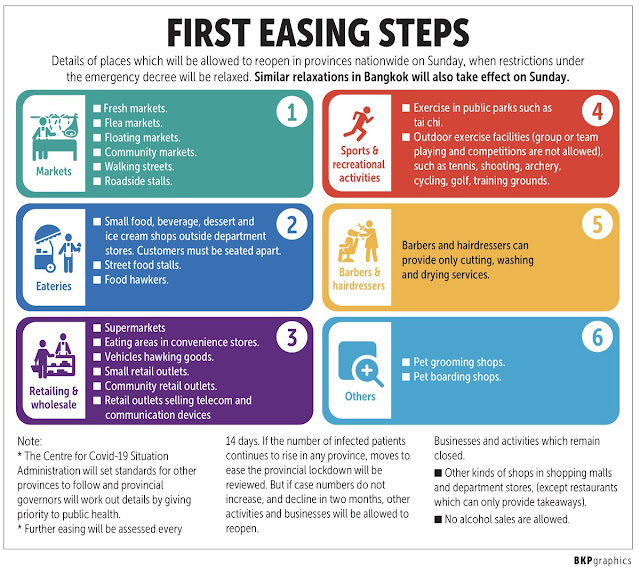 The short answer : Some provinces & tourist attractions are open again, while other provinces & tourist attraction are still closed for tourists. As usual in Thailand the answer to this question is not so easy. First of all there is a National Emergency Decree and that has recently been extended until 30 June 2020. This means that there is still a nation-wide curfew from 23:00 - 4:00 and that there are still many other restrictions in place. Like that there are still restrictions on inter-provincial traveling. But on the other hand provinces have the freedom to arrange their own COVID19 regulations. So while some provinces are relaxing the regulations others are still holding on to strict regulations. And while more and more hotels, restaurants, shops, beaches and even airports are allowed to open again some provinces are still closed for non-essential traveling. One of that provinces is Nan province in North Thailand. Although the state of regulations can change any day at the moment people coming for tourisme to Nan province are still not allowed to enter Nan province. Hence I do not understand why hotels are allowed to open in Nan province. See also The Nation of 27 May 2020 Nan province tells tourists to stay away for now.

And on the other hand I did just read that temples in Ayuthaya are open again and visited by both Thai & foreigner tourists.

So yes at the moment of 27 May 2020 it is at a certain extend possible to travel within Thailand. But as every province sets its own rules you will have to check at your destination province if you are allowed to enter and if hotels are open. And you will have to check with you home province if you are allowed to return home. In the meanwhile more and more airports are opening and more and more airlines start to fly again within Thailand. And the same goes for inter-provincial routes for busses.

My personal idea is that this inter-provincial traveling rules will be nationwide relaxed soon and that hotels, beaches and National Parks will be open soon. Although some provinces may still have some stricter regulations in place. And again my personal idea is that once inter-provincial traveling is open then domestic tourism will be booming.
Disclaimer : All information is created in good faith and is an expression of fair comment.
LABELS : Corona Travel-Tips