on January 08, 2021
Welcome to Chiang Rai province in North Thailand, bordering both Laos and Myanmar. And home to the (in)famous Golden Triangle where in the old days "gold" was made with the opium business. The capital town is Chiang Rai town along the Kok River, a laid-back town that serves as a great base to explore the most northern part of Thailand. The main attraction in Chiang Rai town is of course the famous White Temple (Wat Rung Khun) and the Night Market. But Chiang Rai town is much more as that with in the centre a few more beautiful temples and musea. And nearby the famous Clock Tower is also the original daily fresh market where you sometimes will still see hill-tribes selling vegetables from the nearby mountains. Upcountry Chiang Rai province is surrounded by mountains where many villages of minorities are like Mae Salong that was once home to the ex-KMT army and the poppy fields for production of opium. A great area for a motorbike trip along the Myanmar border. If you want to travel in Thailand and need information or any help then contact me via de email-link under at this travel blog.
Read more about other destinations at DESTINATION TRAVEL GUIDES. 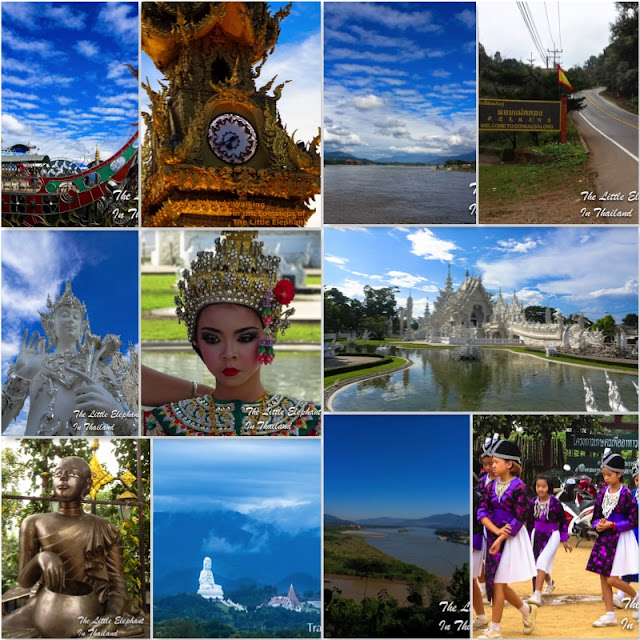 The highlights of Chiang Rai

When people think of Chiang Rai they mostly think about the White Temple (also called the Wat Rung Khun) and the Golden Triangle as the border between Thailand, Laos and Myanmar. But there is much more in this province of mountains & rivers. About 30 km North-West of Chiang Rai town is a mountain range with tea plantations and Chinese villages. And 50 km East of Chiang Rai town you can wander along the Mekong River and even cross the river to Laos.

What to do in Chiang Rai?

Of course you can travel to Chiang Rai the all year around, the weather is as hot as everywhere in Thailand during the hot season of April and May. Then the monsoon season begins that lasts until end October with chance of heavy rains and some local flooding. From November to March the cool season hits the North of Thailand and temperatures in Chiang Rai province may go down to about 5℃ during night time (December-February). Chiang Rai is an attractive destination all year around, but for outdoor activities it is recommended to visit during the cool season, from September to February.
When traveling to North Thailand, Chiang Rai province included, in March & April be aware of the so called "burning season". During this months (and sometimes a bit longer and/or earlier) is smog haze in North Thailand due to burning of farm fields & garbage. Known area's are Chiang Mai, Lampang, Mae Hong Son, Chiang Rai and Nan. But make no mistake also the air in Bangkok or some places in North-East Thailand can be unhealthy for sensitive people. Check the air quality at World Air Quality Index.

Where to eat & drink in Chiang Rai? 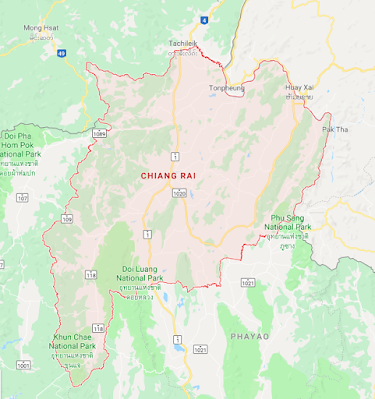 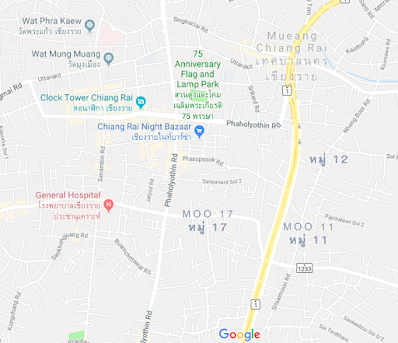