on January 06, 2021
Welcome to Phrae province between the mountains and rivers of North Thailand. The capital city of Phrae province is of course Phrae town, located along the Yom River. Phrae town is an older town dating back to pre-Lanna Kingdom with a recent history as center of the logging industry in North Thailand. It is a place less visited by tourists and because of that a lovely place to experience the authentic northern way of life. If you want to travel in Thailand and need information or any help then contact me via de email-link under at this travel blog.
Read more about other destinations at DESTINATION TRAVEL GUIDES. 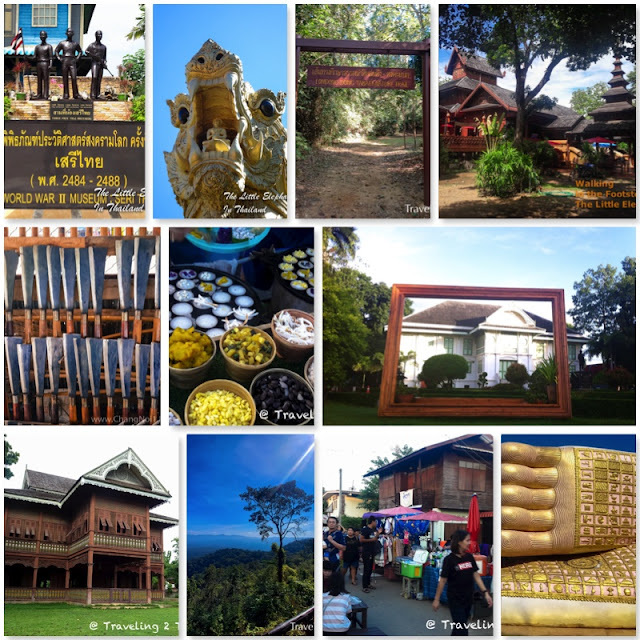 The Highlights of Phrae

The highlight of Phrae province is Phrae town with its colonial style teak wooden houses, small streets and markets. Upcountry in Phrae province you will find National Parks like Mae Yom and Wiang Kosai with rivers, waterfalls and caves like the Pha Nang Khoi Cave.

Most people will go to Phrae town to visit the historical center but upcountry are some beautiful mountains area's with Mae Yom National Park and Wiang Kosai National Park.

What to do in Phrae?

When walking thru Phrae town you will see the old history of Phrae in harmony with the modern Phrae, you will see beautiful old wooden houses from the time of colonial logging industry, you will see centuries old temples and a lively night market. So make a walking or bicycling tour and visit the
Khum Chao Luang Museum, the Siri Thai Museum, Wongburi House, the wooden Wat Chom Sawan,  the ruins of Wat Luang and the Wat Phong Sunan.

Just outside Phrae town you could visit the Phae Mueang Phi Park, a geological sculpted landscape. Or visit the village Thung Hong where the famous Seua Mah Hom (Blue coloured Indigo shirts) are still made by hand. Along the highway (route 101) are famous markets selling anything made of teak wood. And other shops are selling all kind of knives.
And bit further out of town you will find some very special temples like the Wat Phrathat Cho Hae, the Golden Rock Temple and the Wat Phratat Suthon Mongkhon Kiri. And in the mountains you will of course find waterfalls like the Choeng Tong Waterfall,
For more information about Phrae have a look at my travel blog postings about Phrae province.

When to go to Phrae?

Of course you can travel to Phrae the all year around, the weather is as hot as everywhere in Thailand during the hot season of April and May. Then the monsoon season begins that lasts until end October with chance of heavy rains and some local flooding. From November to March the cool season hits the North of Thailand and temperatures in Phrae province may go down to about 10℃ during night time (December-February).

Phrae town has a wide range of accommodation from cheap hotels to lay your head to comfortable boutique hotels. And upcountry of Phrae province are some nice resorts and organic homestay farms. While traveling I stay sometimes in Phrae town or the country-side of Phrae, have a look at all the hotels I stayed at Accommodation in Phrae.

In Phrae town are many small restaurants, a bit spread all over town. And of course along the Yom River behind Phrae town. Out of town you will be limited to local restaurants. Have a look at all restaurants I did visit at Places to eat in Phrae.

How to get there & around in Phrae?

Where to go next from Phrae? 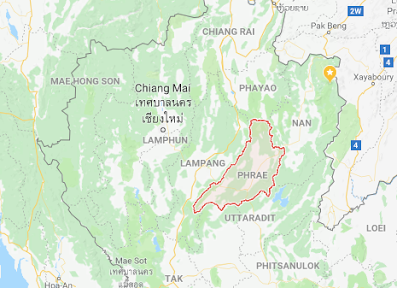 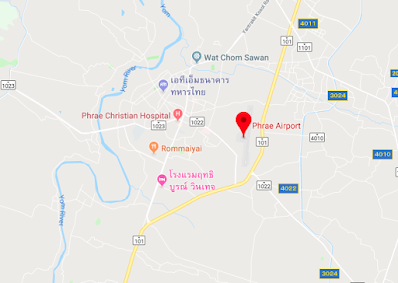