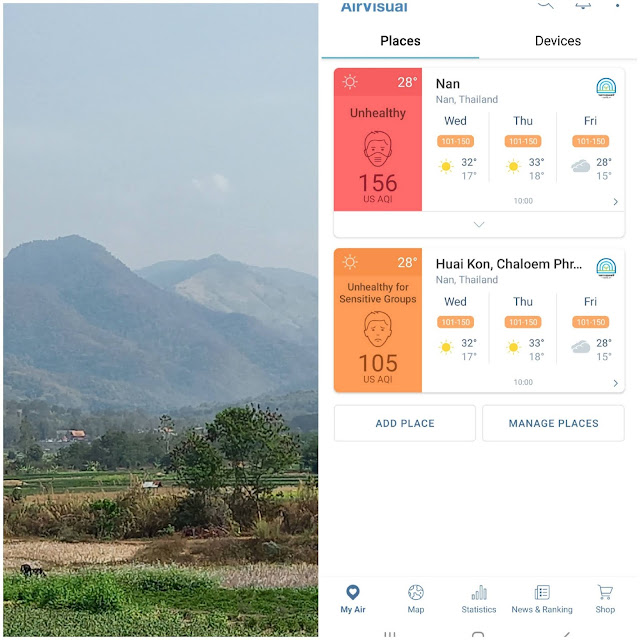 Writing 29 January 2021 with an early morning temperature of 15℃ and forecasted afternoon temperature of above 30℃. And the forecast is that both the min. and max. temperature will rise a bit in the following weeks. So after more as month (maybe actually 2 months?) the real "winter" is over in Nan province. Winter? Well Thai style winter with min. temperatures of 9℃ in Pua valley and 4℃ high in the mountains. So the warm cloths can go back in stock again and the warm blanket is replaced by a cool  summer blanket again. In the meanwhile it has also not been raining for at least 3 months so it is going to be a dry & hot season until at least May. And due to lax law-enforcement, bad education and greed of the elite we will have here in North Thailand unfortunately not only a dry & hot season but also a smog season. So it is time to start using the Air Purifier again. Now you would think that something serieus like air-pollution would be a major battleground for any local government worldwide. But unfortunately greed & stupidity  wins from health. Mind you probably millions of people worldwide are living in man-made air-pollution. And as result of that many people suffer health problems and also many people die of air-pollution related diseases. Actually in the long run it will cost society more as greed ever makes for the 1%. And was it not due to the COVID19 pandemic we would now stay along the beach somewhere in Thailand or Vietnam.

So if you are considering to go traveling to North Thailand during February, March and April be aware of the bad air quality. Have a look at World Air Pollution or Air Quality Index. On my phone I use AirVisual. 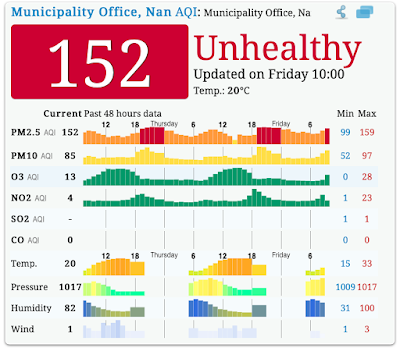