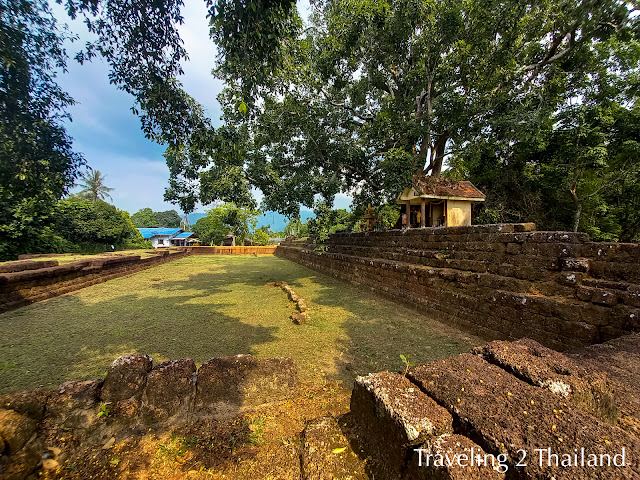 In 2021 we did travel to Chanthaburi and made some day trips. Beaches are beaches so after a few days at Hat Chao Lao I was in the mood to explore a bit of Chanthaburi. The area we now call Chanthaburi was already inhabited by people in ancient times. And in later times the area was inhabited by the Chong, who are related to the Khmer people from Cambodia. On a side-note you will see cultural evidence of Mon, Chinese and Indian people in Chanthaburi. In the late 1970's remains from ancient Khmer culture was found, now called Muang Phaniat (Ku Phaniat) what means dyke in the old Khmer language. Actually it is probably one of the oldest Khmer remains found in Thailand. And although you see now only a small part, there probably has been a kind city from 2 km by 1 km. It is located near the Wat Thong Thua (with a nice old Ubot) about 2 km south-east of Chanthaburi town. At the this temple is a museum with some original & copied artefact found at the historical site , but unfortunately it was closed when we were there. Next to the historical site are 2 spirit houses. Following are a few photos.