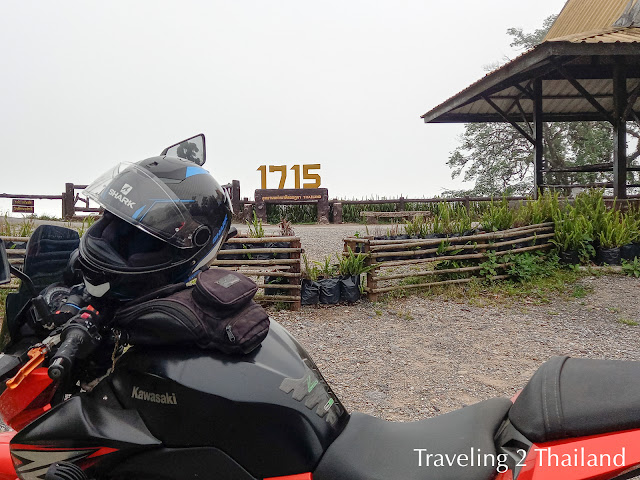 Due to the unofficial lockdown in Thailand inter-provincial motorbike riding is not really optional but we can still make nice day trips. So I did wake-up at 4:30am and was on the motorbike at 5:20am. For more information about Nan province see Destination Travel Guide Nan. It just started to be a little bit light, but then it goes fast. So I took route 1256 from Pua to Bo Klua and although I have done this route many, many times I still love this route. The sky did look dark and clouded and some rain would not have surprised me. My first stop was as always at Viewpoint 1715 where clouds were gliding over the mountains. From there I continued to Bo Klua where everything was still closed and I took again the the small dirt road thru the valley of Bo Klua and along the river. This dirt road goes between rice fields and the valley was filled with fog and clouds. This dirt road connects to route 1081 from where I took route 1333 to Phu Fa. After about 2 km I made a little detour, as there is a road to the left to the village Ban Na Nong, only 12 km but dead end. The road end in a dirt road that again ends at the end of the vally. So back to route 1333 again. The first part of route 1333, until Ban Sop Mang, is in good condition. But then starts a stretch of 10 km road construction, what means a gravel road. Here I had breakfast at the Wa River. At the end of the village the road goes a bit steep up and in gravel that needed a bit more riding attention as I was prepared for. I did not slide but it was tricky. A bit later going down on the gravel was also tricky. After the road construction route 1333 is a mix of good old road and shitty old road. And a few small parts of brand new road. Route 1333 connects to route 1257 and from there to route 1081 again. The short part of route 1257 is brand new. From there it was route 1081 back to Pua again, road all in good condition. It was a lovely ride of about 150 km, but the last 30min it was becoming hot already. Actually it is crazy hot, with 25℃ at 5:30am and 37℃ to 39℃ in the afternoon. 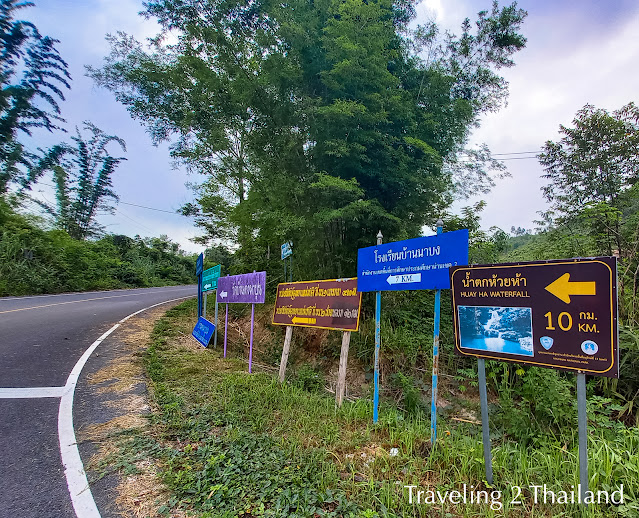