Traveling over Phetkasem road from Bangkok to Sado 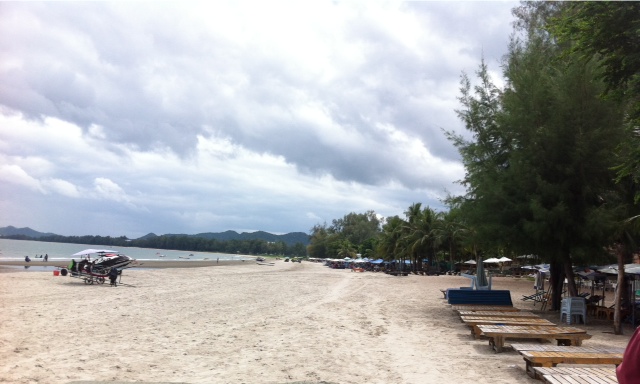 In my serie about Highways in Thailand this is "Phetkasem road" (route 4) that begins in Bangkok Yai and goes all the way south to Sado where it connects with the "North-South Expressway" in Malaysia and has a total length of 1.254 km (according to Google Map 1.294 km) and is passing Nakhon Pathom, Cha-am, Hua Hin, Chumphon, Ranong, Phattalung and Hat Yai. It was named after the 7th Chief of Department of Highways and build in 1950. For route see Google Maps.
Phetkasem road is an intresting route because it in the ends connects to Malaysia and with that to Singapore. Phetkasem road begins at Wong Yai at the statue of King Taksin the Great and from there goes west in direction of Nakhon Pathom where you will find the first holy stupa (Chedi) of Thailand, the Phra Pathom Chedi. The Phra Pathom Chedi is the tallest chedi of Thailand with 120 meters height. 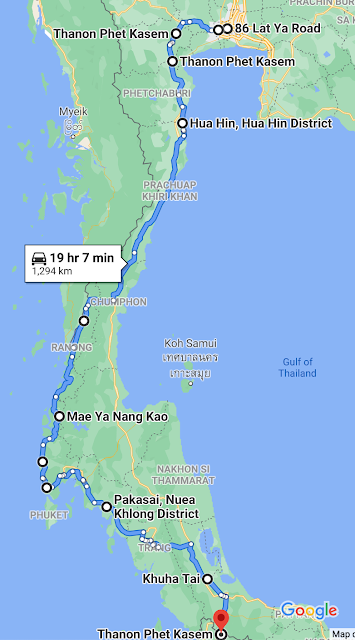