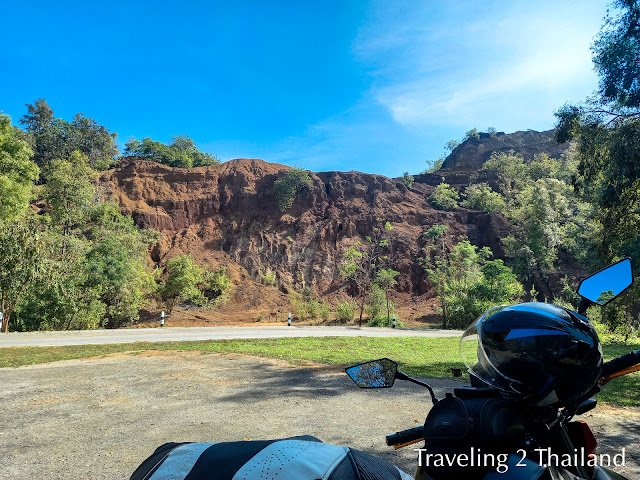 In December 2021 I did make a motorbike trip and I did visit Mae Yom National Park in Phrae province and did walk up the Phu Ing Mok Cliff. The start of the trail to the Phu Ing Cliff is about 1 km before Lom Dong (the end of the road), along the road is a parking place. The trail itself is partly steps and is about 300m to the main point of the cliff. From here you can go to the left for about 100m or take some steps down again to the other part of the cliff. This is another 500m walking trail with partly steps. It looks like it is a bit higher as the beginning part. But as I was on a motorbike trip and wearing motorbike boots I skipped that part of the trail. Maybe I was there too late or at the wrong day but this cliff is famous for its view over a sea of clouds (talay mok). Following are some photo's I took. For location see the location under this posting. 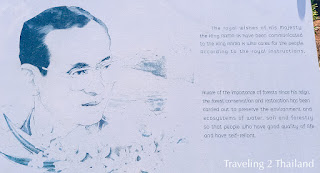 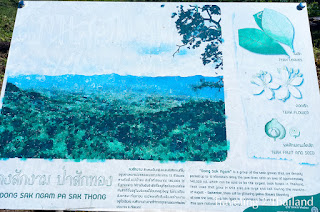